Risk on the Horizon 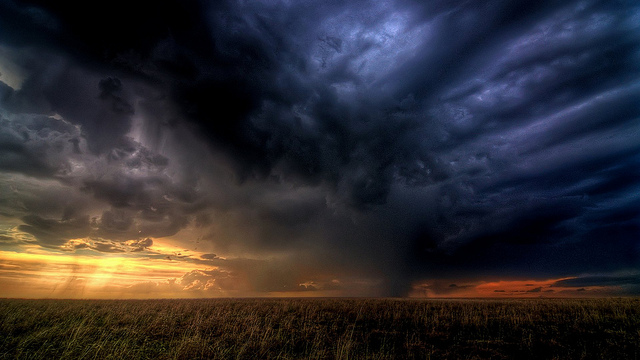 As we look ahead to the coming year, it's natural to wish that we had the equivalent of a meteorologist who can tell us what the weather will be like in the future. What can we expect and what should we do in response? Will lenders need an umbrella next year? A hurricane shelter?

The buzz I got back from contacts who attended MBA annual suggests that there is already some unrest in the industry. Some companies are battening down their hatches, even if that means cutting staff loose in anticipation of rough weather ahead.

But are these concerns well founded? Let's take a closer look.

The Signs We’re Seeing
Before we can make a reasonable forecast, we need to survey how the industry is doing now.

Existing home sales have been decreasing, and have now hit a 3-year low. As of October 2018, sales are 4.1% lower than in September 2017. Most are blaming rising interest rates for this trend. And of course, a decrease in home sales always spells a decrease in loans closed.

Another factor we have been seeing is that homeowners have been remaining in their homes longer. The average length for homeowners to stay put has skyrocketed from 4 years in 2007 to 10 years as of September of 2018. This is an 150% increase. Rising interest rates also contribute to this trend, as homeowners who purchased with lower interest rates become locked into their current mortgages.

Meanwhile, Millennials are having a hard time finding properties they want (read affordable) near city centers, so they are not buying. This time, it's Boomers like me that are being blamed.

Another possibly worrying trend we’re seeing is that home values have been stagnating and may actually be declining at this point. Some are worried that we could see a reversal in the impressive gains we’ve experienced since the end of the mortgage crisis.

The stalling home prices could be the result of the rising cost of construction, along with the decline in existing home sales and housing starts, as well as the large number of people still locked out of the housing market by lack of affordability. And a decrease in home prices could further convince homeowners to stay in their current homes until they are able to fetch a better price on the market.

And don’t forget that Fannie Mae and Freddie Mac have both predicted a continuing slowdown in new mortgage originations, so these trends are not expected to reverse anytime soon.

All in all: cloudy with a chance of worse.

How Lenders are Responding
As a result, lenders have been responding in the way they know best: by working to shore up volume however they can. In typical markets, this takes the form of boosting or adjusting marketing techniques for conforming mortgage loan products. However, when loan volumes drop across the board, lenders sometimes start stretching the borrower qualification box.

So, we're seeing an expansion in the Non-QM market. Lenders have been more likely of late to offer loans to borrowers with higher debt ratios and lower credit scores. Some lenders have continued to resist the siren song of higher-risk lending, but the data show that the credit scores for new mortgages have been decreasing. Mortgage credit scores in the 400s and 500s now make up around 30% of new loans.

Lender tolerance is actually now at its highest point since the subprime mortgage crisis. Any time we loosen our standards it inevitably brings an increase in the risk of default. That is not to say that today's Non-QM is yesterday's subprime. Risk in lending falls along a spectrum and we're seeing more lenders moving down it.

The other response we're seeing is more mortgage companies right-sizing. Even before industry leaders came together for MBA Annual, Fannie Mae Chief Economist Doug Duncan was warning that there would be more layoffs. By that time, JPMorgan Chase and Movement Mortgage had already cut hundreds.

Rising Defaults
Like a strong wind that precedes a storm, we are now seeing higher delinquencies. Mortgage delinquencies have been increasing, rising more than 13% in September, which is the largest single-month rise since November of 2008. Is this evidence that Non-QM will sink us? I doubt it.

It may not be as dire as it appears, however. Many of these delinquencies are likely the result of Hurricane Florence, rather than mortgage trends. Delinquencies related to Hurricane Florence increased by 38%, with more than 6,000 borrowers missing a payment due directly to the hurricane.

It is also worth noting that delinquency increases are often seen in the month of September, and that the fact that September ended on a Sunday also has a negative impact on delinquency rates. So, it's data, but it may not mean a storm is coming.

And, on the brighter side, prepayment activity fell by 25% in August of 2018, which could also be the result of rising interest rates, which tend to depress prepayment speeds.

Hurricane Florence may also have had an impact on falling home sales. According to Joseph Kirchner, Senior Economist for Realtor.com, “The majority of the decline was in the South with some declines in the North and West, while the Midwest remained steady.”

What it all Means
Most businesses are driven by simple supply and demand economics. Home finance is not quite as simple. Still, we can use the data we have to make some predictions.

Falling loan volumes are always sufficient cause for worry. But as we’ve seen, there are many factors, including Hurricane Florence, that have been impacting the industry. So, storm or just cloudy skies? Every time the weatherman makes a prediction, he runs the risk of having nature make a fool of him. Despite that, here is what I see on the horizon.

Non-QM will gain strength. Many will see this as dark clouds but I don't think we'll see a lender push the envelope into predatory territory for a while yet. I don't doubt that it will happen, but it will likely be someone new to the industry that hasn't yet felt the CFPB's bite. If the Bureau does it's job, or at least the job we're used to seeing it do, it will make an example of that first bad actor and set the stage for a smooth movement down the credit spectrum.

I see more M&A activity. In that respect, I'm not even in the first group up on the bandwagon, but I'll say it anyway. Despite the most recent industry data, companies made a lot of money in 2018. Some of that will go into buying those firms that didn't.

With many experts predicting that we won't see the next recession until 2020 or later, I think most lenders will see 2019 as the time to make hay, as the old farmers in my family would say. While things may get pretty quiet through the holidays and the first quarter, I expect to see the industry pick up strong by the beginning of the spring home buying season.

Forecasts don't always call for clear skies, but sometimes a cloud is just a cloud. I'll be calling on industry experts I know over the next few weeks to put together a new podcast series. If you have an opinion on what the market will do next year, drop me a line.
Email Post